A project by Giuseppe Fanizza with the collaboration of the curator Matteo Balduzzi, in the framework of “Padiglioni Invisibili”, a program of Matera-Basilicata 2019 European Capital of Culture, promoted by SoutHeritage Foundation. 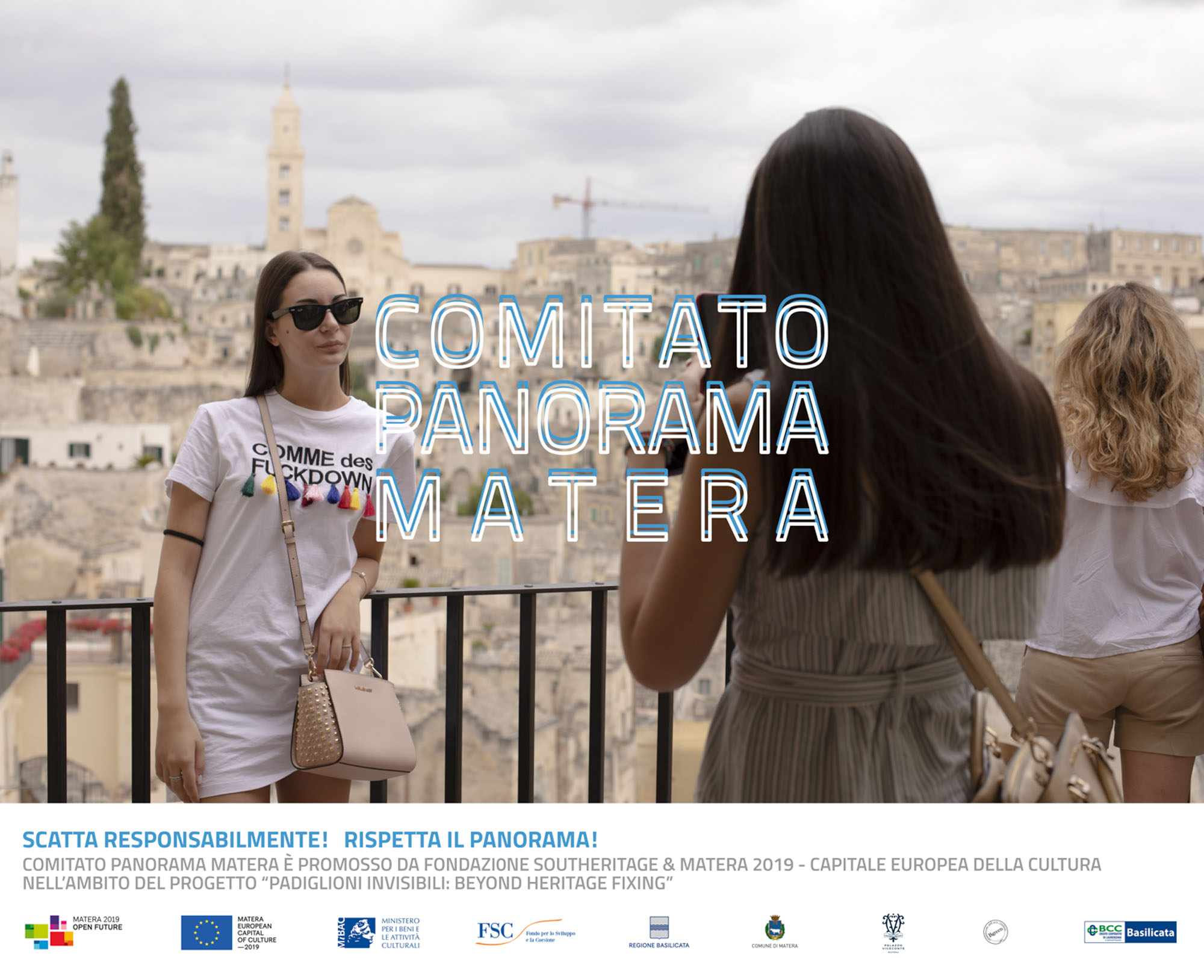 “COMITATO PANORAMA MATERA project mobilizes a group of people working in Matera area in a process of metaphorical re-appropriation of the iconography of the landscape, in contrast with the stereotyped image generated by tourists and visitors to Matera 2019.

The action is part of a series of operations that increasingly involve groups of citizens, artists and even public administrations who oppose tourist colonization and the resulting iconographic over-production, such as, for example, the proposal to block access to tourists in Rue de Crémieux in Paris or to charge a fee to photograph Lombard Street in San Francisco, Kateřina Šedá’s UNES-CO project about the Czech town of Ceský Krumlov for the 16th Venice Architecture Biennale, the rebellion of the Bronx residents against the selfies on the staircase used as a set in the film Joker, Shahak Shapira’s project Yolocaust, in which selfies by tourists at the Holocaust Memorial in Berlin are re-elaborated, or Banksy’s famous stencils This is not a Photo Opportunity.

Symbolically launched in the year of the European Capital of Culture, COMITATO PANORAMA MATERA addresses these issues from the point of view of the shared and mediatized photographic image, developing a long-term strategy that, through heterogeneous practices and languages, covers the public space, the media and the narrower sphere of contemporary art, adopting a political perspective that is both real and paradoxical.”

A promo video was launched on November 4th 2019 as an awareness campaign against the visual spoil of the landscape, promoting a respectful photography practice, taking care of the ecology of the iconosphere of Matera.

A “Manifesto of Materan Panorama” was written as the outcome of a series of meetings involving people and associations, including ordinary citizens, journalists, local photographers and tour guides, engaged in investigating and describing the territory. 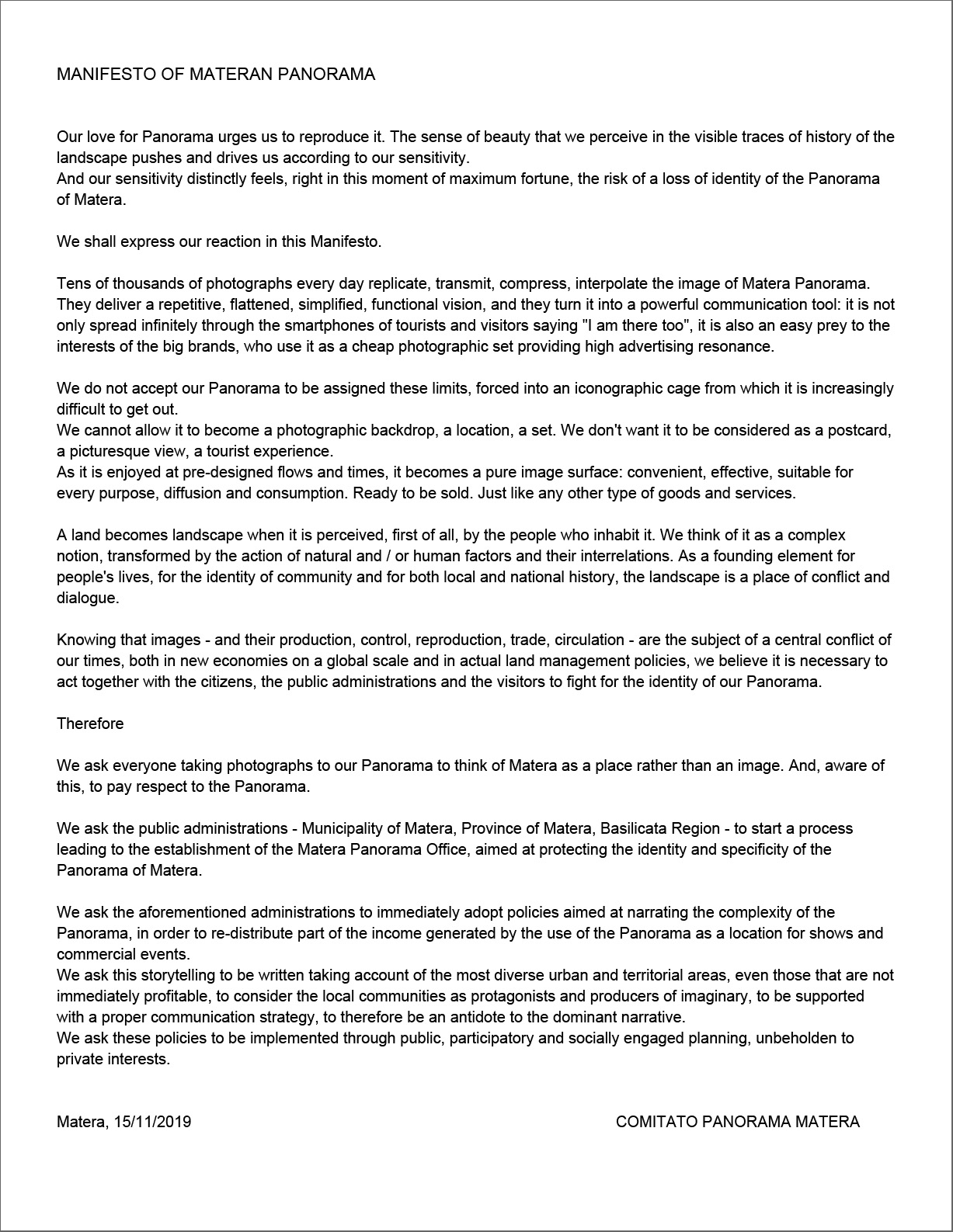 A flash-mob was performed in five famous belvederes in the city, as a sample statistical measurement of the production of photographic images serving as a trigger for a debate about the iconography of the landscape and its abuse. The 24,532 photographs taken over a period of 6 hours on November 3rd 2019 were counted by volunteers from Matera 2019.

A draft re-collection of images from the personal archives of Matera inhabitants and culltural associations, was displayed at the exhibition as a first sample of a potential ironic definition of criteria and guidelines for “native” Materan photography.